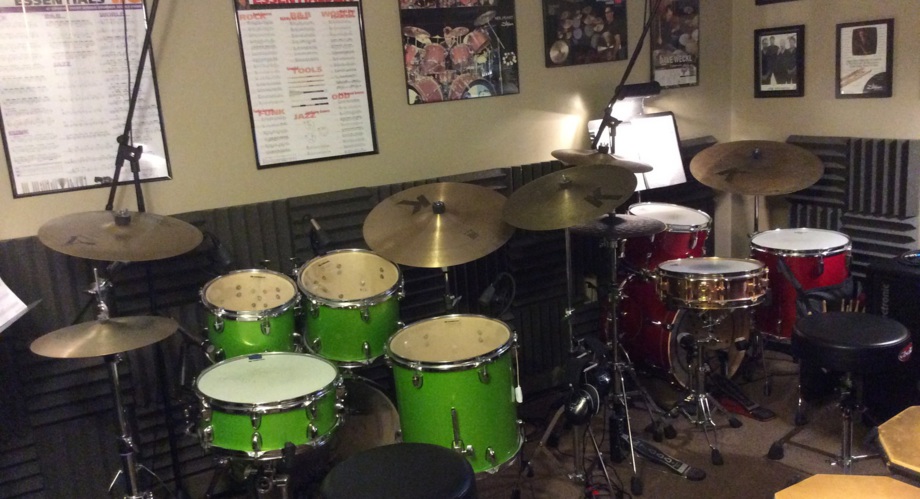 Jay is the owner and instructor of Contrino Drum Studio in Cape Girardeau, MO, where he specializes in the study of drum set performance. Jay is also adjunct faculty in the department of music at Southeast Missouri State University where he teaches jazz appreciation, music theory, aural skills, and applied drum set lessons.

Jay grew up near Boston where he began playing drums and taking drum lessons at an early age. His professional career began while he attended the prestigious Berklee College of Music in Boston. During that time he performed in bands throughout New England including a group led by his father Joe, a singer and keyboardist. Upon graduating and leaving Boston in 1996, Jay's career has allowed him to perform throughout the United States and travel to the Caribbean, Canada, Europe, and Scandinavia.

Throughout his career Jay has performed in a variety of genres including pop, rock, funk, jazz, big band, country, and Broadway style musicals. He has performed on cruise ships, at theme parks, small clubs, large hotels, symphony halls, and jazz festivals. Notable performances include the New Orleans Jazz Festival, the Denton Jazz and Arts Festival, the Buffalo Symphony Orchestra, and the Smokey Hill River Festival in Salina, KS. In 2008 he toured throughout the United States as a member of the Glenn Miller Orchestra.

During his four year tenure with Royal Caribbean cruise lines, he performed with entertainers such as Maureen McGovern, Ben Vereen, Tommy Tune, the Osmond Brothers, Lorna Luft, Joanne Whirley, Bowzer, Mickey Dolenz, the Platters, the Coasters, and The Diamonds.

Since moving to Cape Girardeau in January 2010, Jay has performed with Shades of Soul (member), The Intention, Bruce Zimmerman (former member), the Southeast Missouri Symphony Orchestra, the SEMO Theater and Dance department, Cape Girardeau Muni, Jackson Muni, Jerry Ford Orchestra, Pat Schwent, and with the SEMO faculty jazz ensemble, The Jazz Sultans. In November 2012 Jay was a featured clinician at Shivelbine's music store and in March 2011 he was the featured guest artist with the SEMO Percussion Ensemble.

Jay holds a Bachelor in Performance (B.M.) from Berklee College of Music, and a Master's degree in Jazz Studies (M.M.) from University of North Texas.

Call or e-mail for availability